The first question (via: NathanAdlen@Twitter) comes from a viewer who wonders if the face of future SUVs and crossovers is doomed. Q:  Will every single SUV and crossover look the same in 10 years? It seems like it!

I’m sorry, but from the side and in many cases the front they are all blending together. Soon, the only way you will be able to tell them apart is their badges! You have a point about crossovers, but I feel that SUVs are a different story.

First of all, I kind of marvel a how creative some automakers are with designing these things. I mean, they are supposed to be all things to all people. Utility, comfort, sport, luxury and (sometimes) ruggedness – all in one box. Yet, somehow a few gifted designers can make them look unique, even attractive.

Crossovers are the best selling vehicle type in the United States, under the pickup truck. Why? Because they are roomier, sit higher and (usually) hold more than the equivalent sedan. On top of that, they are often optioned with all-wheel drive. They are easier to live with for most.

In order to make them usable, automakers have to design a similar silhouette. One that is very recognizable and commonly repeated. This boxy shape with a bit of a rounded rear is both functional (space and headroom) and somewhat aerodynamic.

The big differences in looks seems to be the nose and tail design. They are still unique to the brand, but many are starting to create unnecessarily large grills for god knows what reason. Well, trends come and go; the nose and tail are what make many of these crossovers unique-ish.

Still, they certainly do look similar from the side.

Many SUVs are a little different. Honestly, I could be wrong. 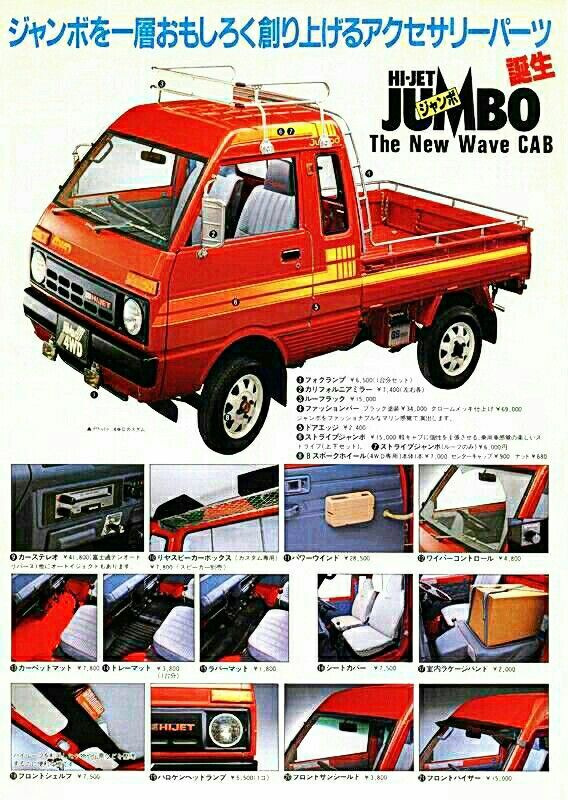 The next question comes from a fan of the tiny vehicles from Japan (and elsewhere) known as Kei cars / trucks. He wants one.

Q (via NathanAdlen@Twitter): I love small trucks like your Suzuki Samurai!

This is something I bet you know a little about I want a Kei truck but I don’t know if I can legally get one. Want a off-roader that can haul stuff on my grandpa’s property and to have fun with. But I refuse to spend thousands on a side by side!
5-Trent-5 Great news! Yes, you can get yourself a Kei truck for some off-road fun! Some states allow import of Kei trucks of any vintage, while others require it be over 25-years old. There are a ton of restrictions for Kei trucks and each state has their own requirement as to what they will allow. Here are the requirements by state:

As for Kei cars, as long as you remember that 25-year old or older cars are legal for import into the USA, they are legal to own. With that being said, you need to look up local state ordinances for rules and regulations. Licensing requirements vary state to state as do fees, taxes and insurance costs.

The last question is about a up and coming EV company – AIWAYS.

Q: (Via Twitter@NathanAdlen) I was wondering if you know who AIWAYS is?

They advertise on my friend’s webpage, but I don’t know if they are legit. I know they build EV cars. AIWAYS is an EV automotive company based in China. They have research/business facilities all over the world including the United States. Right now, they are beginning to export their vehicles to Europe.

I honestly don’t know much about the brand, other than what I have seen on their website; however, a friend sampled one that he said was not too shabby. He also lives in Denmark. He liked their simple, yet high-tech approach to affordable EVs. Their first production model, the AIWAYS U5 has a 190 EV powerplant capable of around 400 kilometers of range. It has a 140-kW electric motor and a 63-kWh battery.

I like the interior layout and the overall styling is elegantly simple.

The new model is a FWD crossover, but they say they have an AWD option coming soon. Prices appear to start under $30,000 US. Importing into the United States doesn’t look likely, at least in the near future.

Do you think you would be pretty fly driving one of these?

Asking for a friend.